To be charitable, President Donald Trump is politically inexperienced.

His “drain the swamp” rhetoric during the 2016 presidential campaign appealed to those who were fed up with business as usual in Washington, DC, although such remarks suggested he had no concept of the art of governance.

Trump himself said little about NASA and space exploration during the campaign. In November 2015, Trump told a ten-year old New Hampshire boy that fixing potholes is more important to him. One can only wonder if that ten-year old's dreams of being an astronaut might have been dashed when the candidate suggested a career in road repair might be more vital to the country.

On March 21, Trump signed into law the National Aeronautics and Space Administration Transition Authorization Act of 2017.

During the signing ceremony, Trump robotically read a statement prepared for him, although he did make a few off-the-cuff remarks.

“We support jobs. It's about jobs, also.”

For once, Mr. Trump spoke the truth.

The Congressional representatives surrounding him at the ceremony were members of the House and Senate space committees largely responsible for the bill's contents.

Some of them were around when in 2010 Congress foisted upon NASA the Space Launch System.

Derided by some critics as the Senate Launch System, the SLS was created by Congress with no specific mission or use in mind. Its primary purpose was to protect Space Shuttle and Constellation program jobs.

During a September 14, 2011 media event, members of both houses lined up before the cameras to boast how they had saved jobs in their districts and states.

Leading that event was Senator Bill Nelson (D-FL), who provided a primer on the SLS design, calling it a “monster rocket.”

Since then, NASA has spent roughly $3-4 billion per year on SLS, the Orion crew capsule, and ground support systems. Some analysts believe SLS will be too expensive to operate, especially in competition with projected commercial options such as the SpaceX Falcon Heavy and the Blue Origin New Glenn.

During the signing ceremony, the President mispronounced the name for the Orion crew capsule, pronouncing it like a certain cookie with an “n” at the end. 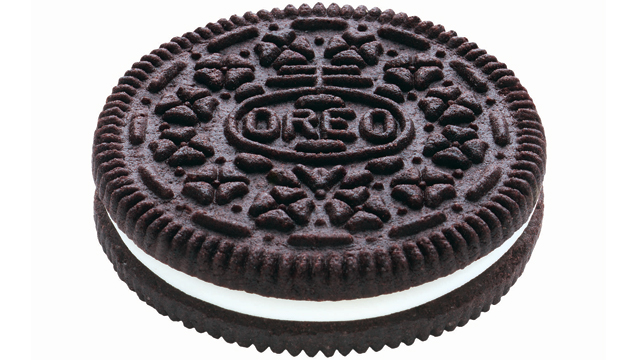 Not NASA's next crew capsule.

Mr. Trump has spoken favorably about the commercial space sector, labelled NewSpace by some. While reading his prepared statement, the President added his own impromptu remarks.

This bill will make sure that NASA's most important and effective programs are sustained. It orders NASA to continue — and it does, it orders just that — to continue transitioning the activities to the commercial sector, where we have seen great progress. It's amazing what's going on. So many people and so many companies are so into exactly what NASA stands for. So, the commercial and the private sector will get to use these facilities, and I hope they're going to be paying us a lot of money.

If Mr. Trump thinks the purpose of the commercial space program is to generate revenue for NASA, he's mistaken.

The SpaceX lease of Kennedy Space Center's Pad 39A transfers over operation to the company to get government costs off the books. According to Florida Today, “NASA sought to lease 39A to keep it active and save more than $1 million annually in maintenance costs. As part of the lease, SpaceX takes over pad operation and maintenance costs.”

NASA's commercial cargo and crew programs paid milestone awards to competitors in exchange for achieving government-specified objectives. The idea was to grow an industry from which NASA and other government agencies could affordably acquire services.

Trump made no mention of his baseless claim uttered in Daytona Beach last August, when he told a local reporter that the U.S. space program was like “a third world nation.” It was just another fact-free insult that he's yet to retract.

After Trump signed the bill, the politicians surrounding him interjected various comments, possibly hoping one might stick.

Trump, of course, had nothing to do with all that. Culberson, in my opinion, was being a miserable suck up.

But particularly noteworthy was Trump's reply.

UPDATE March 25, 2017 — This week's video presidential address was on the history of NASA and Mr. Trump's signing of the 2017 NASA Act. Beyond that, no real substance.