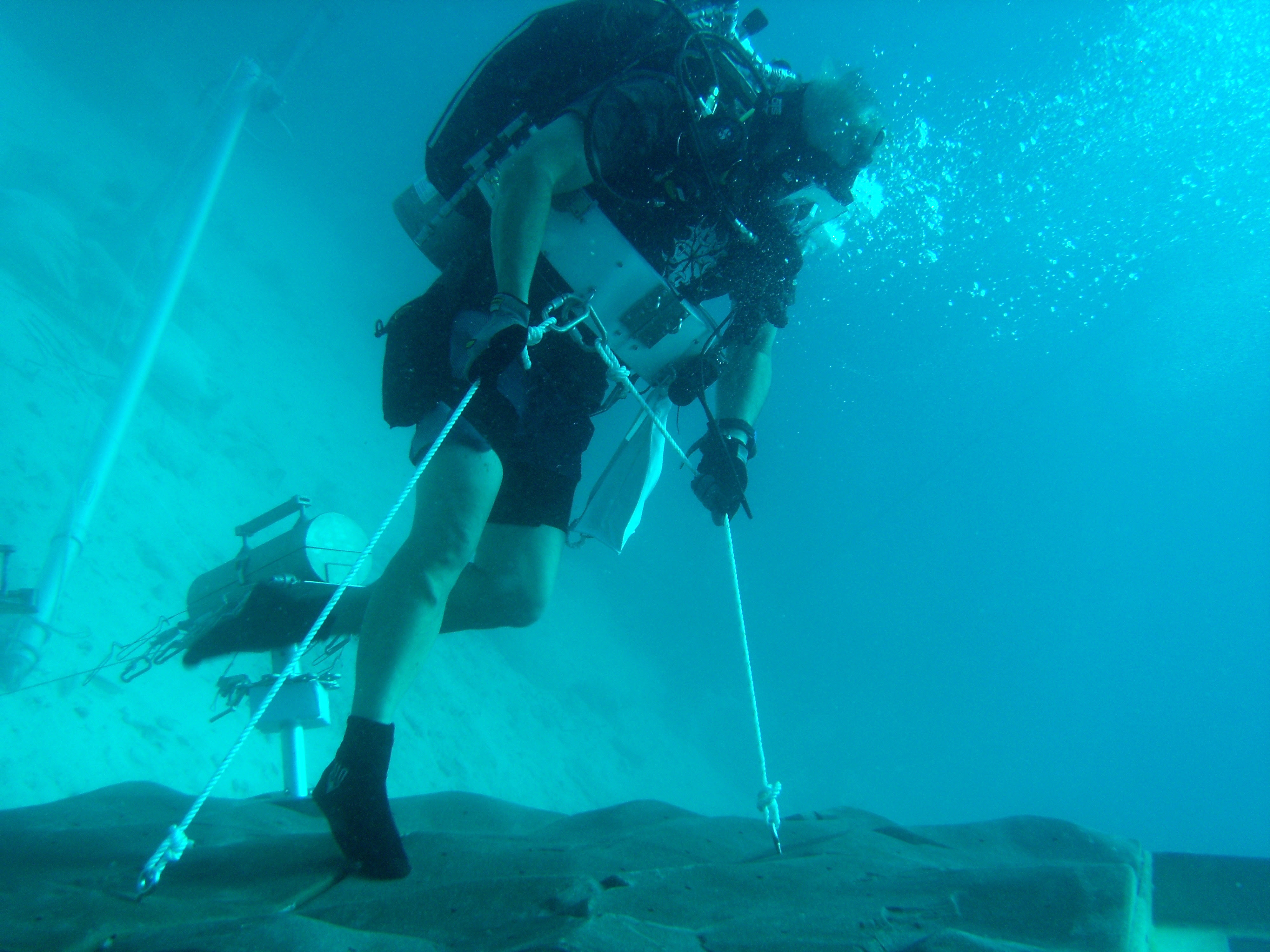 NASA has announced the crew for its next exploration mission.

But it's not to the International Space Station.

Or anywhere beyond low Earth orbit.

It's actually an expedition to the ocean depths near Key Largo, Florida.

NASA issued a press release today announcing the astronauts assigned to NEEMO Expedition 15. They will "test innovative solutions to engineering challenges during a crewed mission to an asteroid."

In addition, NASA astronauts Stan Love, Richard Arnold and Mike Gernhardt, all veteran spacewalkers, will participate in the NEEMO mission from the DeepWorker submersible, which they will pilot. The DeepWorker is a small submarine used as an underwater stand-in for the Space Exploration Vehicle, which might someday be used to explore the surface of an asteroid.

Jeremy Hansen and Jeanette Epps, members of the 2009 astronaut class, are the capsule communicators for the mission. Hansen is from the Canadian Space Agency, and Epps from NASA.
Posted by Stephen C. Smith at 4:01 PM