An artist's concept of the Bigelow BEAM module berthed at the International Space Station. Image source: NASA via Parabolic Arc.

Space News broke the story yesterday that NASA is about to announce an agreement that could place a Bigelow inflatable habitat at the International Space Station.

According to the report, the deal “centers around the Bigelow Expanded Aerospace Module (BEAM).”

Although no official announcement has been made of the deal, NASA had already scheduled a commercial crew press conference for Kennedy Space Center tomorrow at 2 PM EST. Bigelow is not one of the listed participants, but partners SpaceX and Boeing are. It seems likely that someone will ask about the Bigelow report.

According to NASA Watch, the Bigelow agreement will be announced January 16 in Las Vegas, where Bigelow is headquartered, with founder Robert Bigelow and NASA Deputy Administrator Lori Garver in attendance. 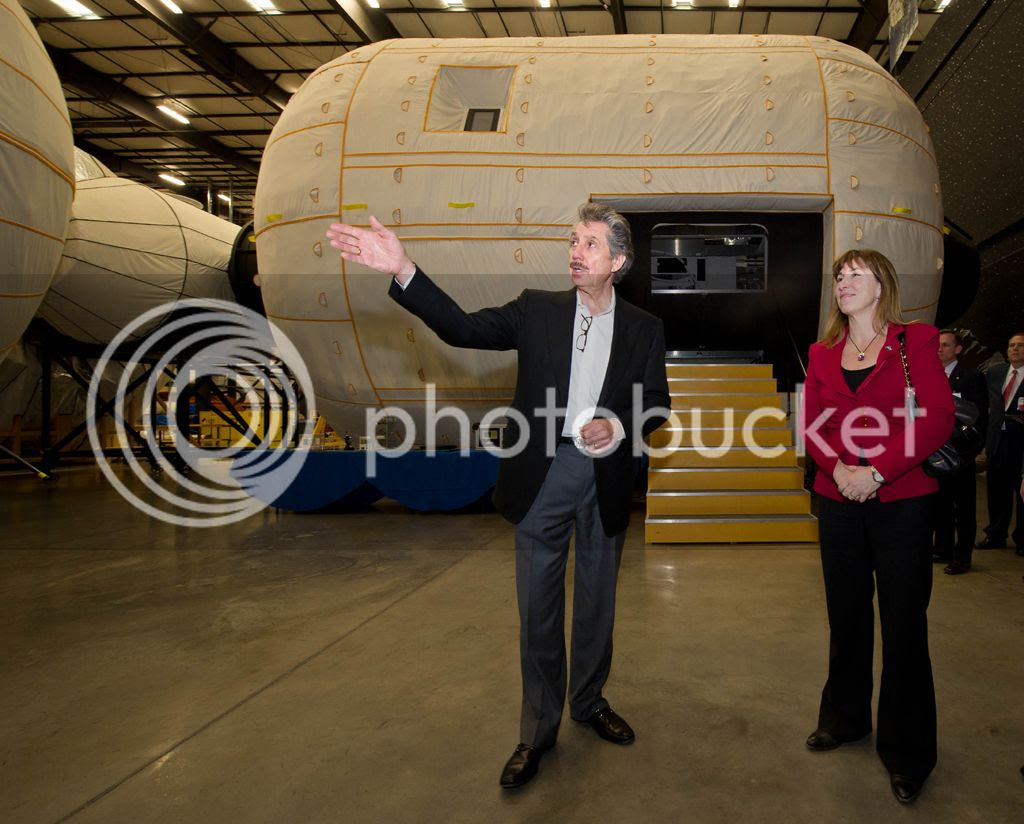 Garver toured Bigelow Aerospace in February 2011. According to the NASA press release:

Garver toured the facilities of Bigelow Aerospace, a company that has been developing expandable space habitats. NASA is evaluating Bigelow’s concept for an expandable module for the International Space Station. If approved, the Bigelow Expandable Activity Module, or BEAM, could be launched to the station using a commercial cargo flight and robotically attached to the orbiting laboratory.

Doug Messier at Parabolic Arc recalls a 2010 NASA presentation on the BEAM habitat.

In May 2010, NASA Johnson officials Tony Sang and Gary Spexarth gave a presentation about the proposed module at the NASA Exploration Enterprise Workshop in Galveston, Texas. The program had not been funded at that time, so the plan formed a “point of departure” that has likely evolved since. However, the presentation gives a good overview of what NASA though the module could do at the station.

A summary of the presentation is at the above link.

An April 2011 NASA report titled, Commercial Market Assessment for Crew and Cargo Systems, included references throughout the document to Bigelow Aerospace. From Page 9 of the report:

In addition to the ISS, the development of commercial orbital habitats has been proposed in recent years, most notably by Bigelow Aerospace of Las Vegas, which has thus far invested $215 million of its own money to pursue this market via the development of a next-generation private sector space station that leverages expandable habitat technology (a technology originally conceived of by NASA but developed and put into practice by Bigelow Aerospace). Bigelow launched and fully tested in space two subscale prototypes of its expandable modules and has proposed a series of increasingly ambitious facilities in Earth orbit and beyond using larger versions of those modules. The company has publically announced its plans to deploy an initial space station as early as 2015, with a larger one to follow as early as 2017, pending availability of commercial crew and cargo transportation systems. 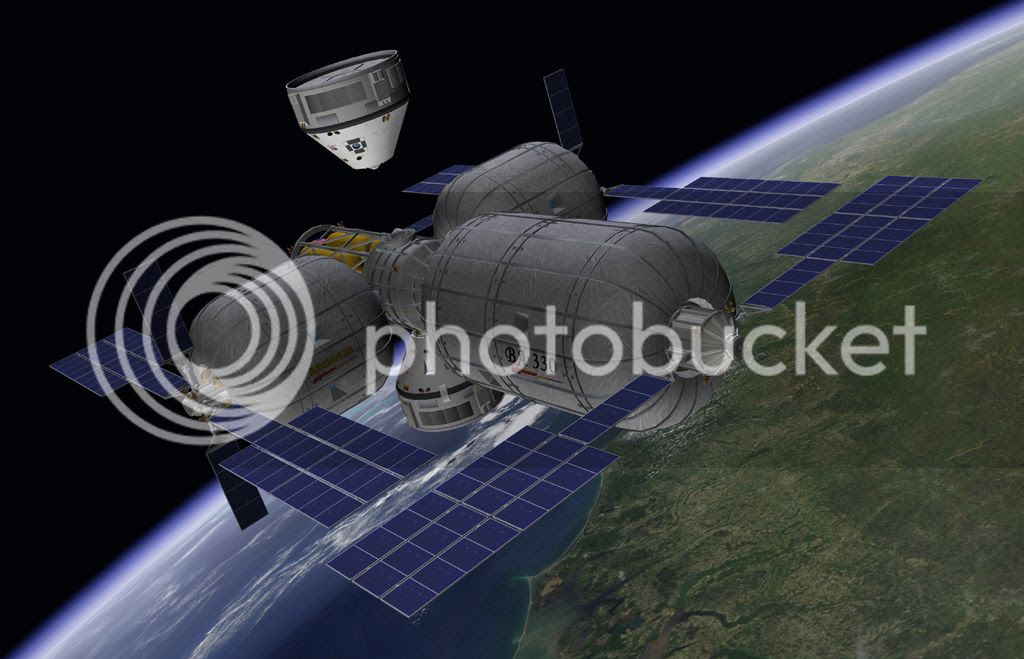 An artist's concept of a Boeing CST-100 capsule arriving at a Bigelow inflatable space station. Image source: Boeing via CollectSPACE.com.

Page 14 is a discussion on “Market Potential (Upper End of Range).” The report notes it relied on Bigelow market analysis for this section.

Bigelow Aerospace is targeting the National Interests market (also known as the Sovereign Client market) as a key part of its business strategy. Bigelow estimates that 30 flights will be accomplished during the assessment period to support its first operational space station. A second, larger space station is planned to be launched two years later and will require 45 - 60 flights will be accomplished to support that station during the assessment period. Each flight is planned to include three to five passengers total.

A strong positive indicator for this growth is the fact that Bigelow Aerospace has executed seven Memoranda of Understanding (MOUs) with a variety of national space agencies, companies, and governmental entities. These MOUs were signed with organizations in Japan, the United Arab Emirates, the Netherlands, Sweden, the United Kingdom, Singapore, and Australia. These MOUs demonstrate the strong potential for international clientele to utilize such systems, particularly given the current lack of existing commercial crew transportation. Additionally, these MOUs demonstrate that foreign interest is not limited or necessarily tied exclusively to the ISS.

And most prophetic is this passage on Page 21:

KLAS Channel 8 in Las Vegas ran a story about Bigelow Aerospace in February 2011 just before Garver's visit. That clip is below.


Click the arrow to watch the KLAS-TV report about Bigelow Aerospace.


UPDATE January 9, 2013 — Edward Ellegood of the Florida SPACErePORT notes that in February 2011 Bigelow entered into an agreement with Space Florida to have an exhibit center somewhere in the Space Coast. He links to this February 2011 Universe Today article detailing the proposed exhibit center.