“American exceptionalism” is a popular rhetorical phrase among political conservatives. The phrase is used to suggest that the United States is somehow superior to other nations on Earth.

The phrase, ironically, was coined in the 1920s by Soviet leader Josef Stalin to disparage the notion that the U.S. was somehow exempt from a Communist revolution.

In any case, there are those who believe that the United States must eternally demonstrate its superiority to the rest of the world.

Why is beyond me.

It's the same trap that led President John F. Kennedy in 1961 to propose landing a man on the Moon by the end of the 1960s. As amply documented by John Logsdon in John F. Kennedy and the Race to the Moon, Kennedy proposed the Moon program to enhance American prestige abroad, countering the perception that the Soviets were technically superior in rocket launch technology.

In current dollars, the Apollo program cost about $150 billion. If any President today proposed spending $150 billion for “prestige” he'd be laughed at.

NASA was created in 1958 to be an aerospace research and development agency. Its purposes were specified in the National Aeronautics and Space Act. NASA was only required to “contribute materially” to one or more of a list of objectives. There was no mandate to put people in space, to explore other worlds, or even to own its rockets.

Kennedy morphed NASA into a propaganda tool. A decade later, with over 800 pounds of Moon rocks, the U.S. was left with a vast space infrastructure looking for a purpose.

Forty years later, we're still looking, with no political consensus on what should be NASA's future. Most politicians in Congress couldn't care less, so long as taxpayer dollars flow into their states and districts.

Some claim that the U.S. has lost its space superiority. Space Coast Representative Bill Posey (R-FL) says “ our nation’s leadership in space is being threatened by Russia, China, India and others.” Sandy Adams, a Republican whose district included Kennedy Space Center until redistricting, wrote in 2011 that “the Obama Administration's budget willingly ceded that leadership to China, Russia and India — countries that understand the importance of human space exploration. We cannot continue to accept this administration's assault on American exceptionalism and world leadership.”

Is there any truth to this? 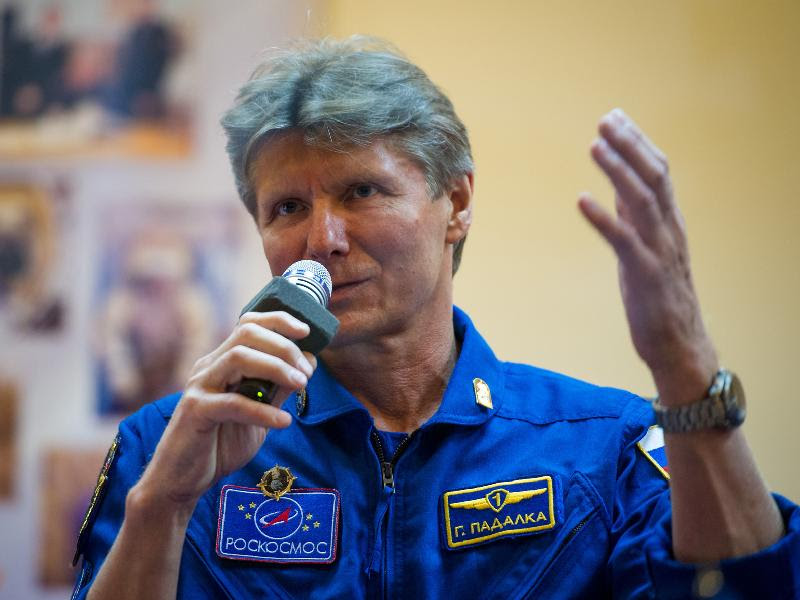 Cosmonaut Padalka commanded the International Space Station when the SpaceX Dragon flew its commercial cargo demonstration flight in May 2012. That and other American technology aboard the ISS left an impression upon him. When he returned in September 2012, he blasted his own nation for its technological inferiority.

Russian cosmonaut Gennady Padalka expressed regrets about the fact that Russian cosmonaut crews have to use equipment developed back in the 1980s to fly to the International Space Station (ISS) whereas foreigners are launching commercial spacecraft and using robots aboard the ISS.

"Our partners have launched a rover on Mars. They are testing commercial spacecraft, Mars rovers, unique landing equipment. I would like that to also happen in Russia. We are waiting for it," Padalka told reporters after a post-flight press conference held in the Cosmonaut Training center in the Moscow region.

Padalka said the Russian space equipment is highly reliable and safe, but is obsolete and no significant modernization processes are observed.

"These technologies date back to the 1980s. Nothing has been done in the twenty years since the foundation of new Russia. We are using the achievements of the Soviet Union," Padalka, who has visited the ISS many times, said.

Speaking about the achievements of his U.S. and European colleagues, Padalka said he had seen a robot working on the ISS.

Vladimir Popovkin was General Director of the Russian space agency Roscosmos from April 2011 until he was sacked in October 2013. Popovkin warned in September 2012 that if Russia did not privatize its space industry as the Obama administration is doing, they could no longer compete with the United States.

“Unless we undertake extreme measures, the sector will be uncompetitive within three-four years,” Roscosmos head Vladimir Popovkin said during a lecture to science and technology students.

A recent spate of failed launches is “only the litmus test,” he said. “The root causes are much deeper and more important.”

Russian satellites could end up priced out of the market because per-capita productivity in the aerospace sectors of competing countries is two to four times higher, he warned. “If nothing changes, we won’t be able to sell [Russian space technology] in 2015, because Western equipment will be priced 33 to 50 percent lower,” Popovkin said.

In order to raise productivity, Roscosmos ought to be converted into a space industry holding company that is not under direct state control. The new structure would be able to optimize headcounts at enterprises in the sector and better compete to hire the best people, he said.

Popovkin suggested that the “lower stages” in the production chain should pass into private hands, and called for a fundamental shift in the state's focus from producing a final product to providing conditions conducive to success.

Russia suffered a number of launch and other technical failures under Popovkin. The performance record hasn't changed under his successor Oleg Ostapenko, most recently the loss in May of a $275 million commercial satellite.

Ostapenko's superior, Dmitri Rogozin, has been bellicose in recent months after the Obama administration placed him on the list of Vladimir Putin cronies whose financial assets were frozen after Russia invaded Crimea. Rogozin mocked NASA as needing a “trampoline” to launch, and threatened to withdraw Russia from the ISS partnership when the current agreement expires in 2020. 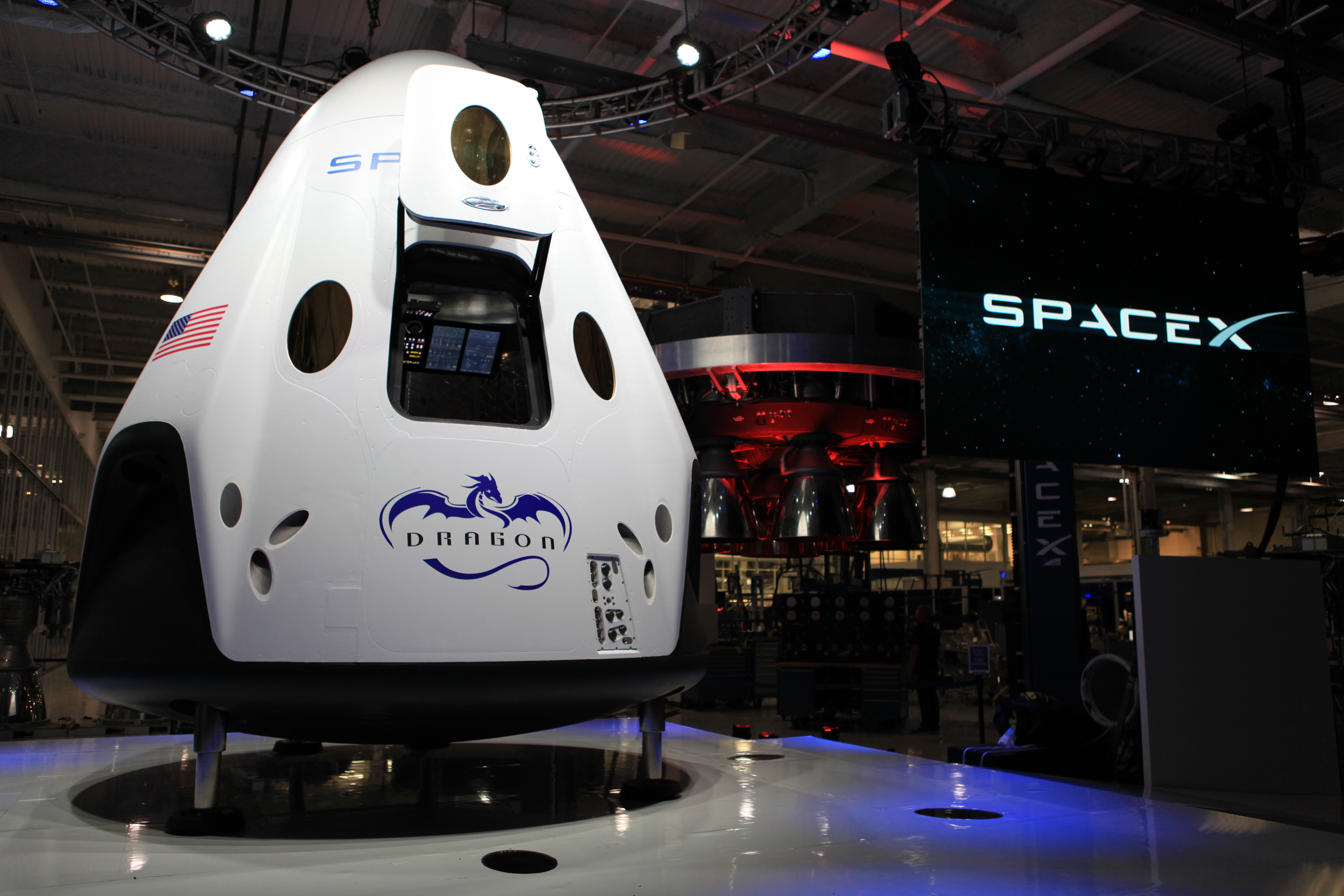 SpaceX founder Elon Musk responded to Rogozin's bluster by unveiling the crew version of the Dragon. Musk said he hopes to fly the first NASA crew to the ISS on Dragon in two years.

Dragon V2 will use SuperDraco thrusters to steer back to a landing pad, making a soft landing using struts that will extend from the PICA-X heat shield.

Compare that to the Russian Soyuz, still based on early 1970s technology, using parachutes to hard-land on the steppes of Khazakhstan.

China licensed that Soyuz technology in 1995. Although they've modified it to suit their needs, the most people they've ever flown on one mission is three — a feat NASA first achieved in October 1968. As with Soyuz, it hard-lands.

Larger space labs are planned to launch in the next few years, but China doesn't plan to have a serious space station until the next decade. In November 2013, a program representative said that the first China Space Station will not be operational until at least 2022.

Few details are available publicly about the station, but it appears to be much smaller than the ISS.

The Obama administration in January announced its intention to extend the ISS to at least 2024, if Congress and the ISS partners agree. NASA officials have mentioned the possibility of privatizing the ISS in the next decade; the Destiny lab is already managed by the Center for Advancement of Science in Space.

Whatever the fate for ISS ten years from now, by then U.S. companies will have expandable habitats in orbit — serviced by the commercial crew companies — that will render the aluminum-and-steel approach obsolete.

The Bigelow Aerospace BA-330 habitats are being built right now in North Las Vegas. The Vectran skin will repel objects that might penetrate the ISS (or a Chinese module), and may provide more protection from radiation. The habitats will be lighter and cheaper to launch. The BA-330 will have a pressurized volume of 11,654 cubic feet. The first two BA-330s are planned to launch in 2017, possibly on a SpaceX Falcon Heavy rocket.


A computer animation of the Bigelow BEAM berthing at the ISS in 2015. Video source: NASA.

A prototype, called the Bigelow Expandable Activity Module (BEAM), will berth at the ISS in 2015 for a two-year demonstration.

Where is the Russian or Chinese equivalent?

We could list many other strictly private enterprises here in the United States, such as Virgin Galactic and XCOR suborbital tourism flights, and the Stratolaunch horizontal launch system.

The government-choked space programs in Russia and China can't possibly compete with the blossoming commercial space industry in the United States.

When the Bush administration began commercial space in 2004, the vision was to build “a robust space industry” that would “contribute to national economic growth, produce new products through the creation of new knowledge, and lead the world in invention and innovation. The space industry will become a national treasure.”

Ten years later, and five years after the Obama administration began to prime the pump with the Commercial Crew program, we're on the cusp of a space technology revolution similar to what happened in the 1920s with the aircraft industry.

That's not happening in Russia, China or India. It's happening here in the good ol' U.S.A.

So if someone claims that the United States is no longer the global leader in space, send them the link to this column.

If you think it will help, order them one of these: 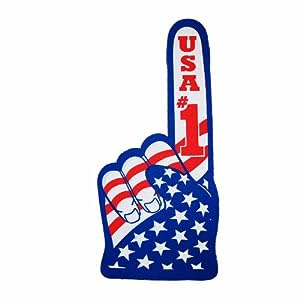