How to Win the Future 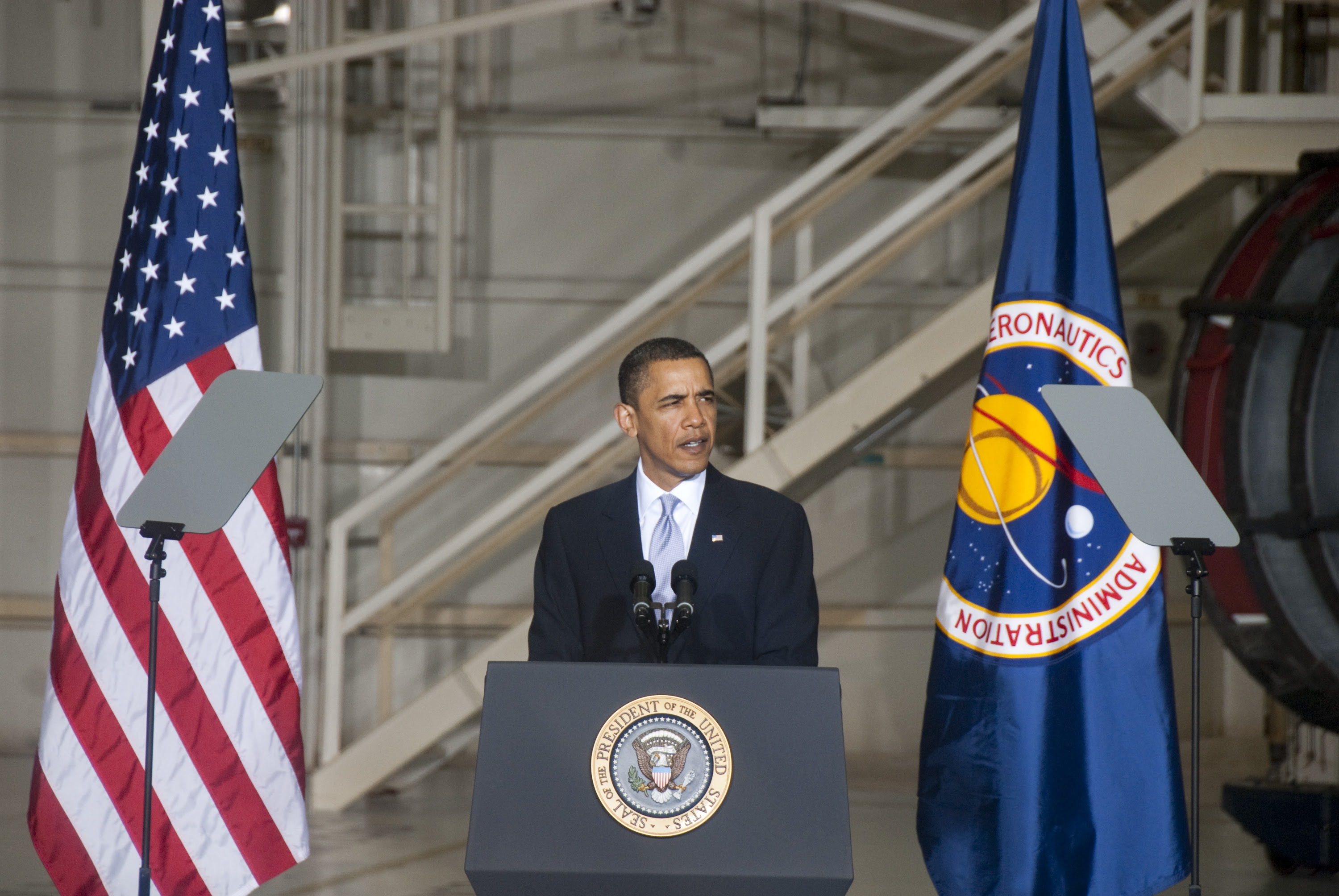 It will be another year before the end of the Barack Obama presidency, when we amateur pundits start writing about his administration not as a current event but as history.

So it's premature to draw conclusions about the administration's effects on NASA and U.S. space policy. I suspect I'll be writing that column in about eleven months.

The White House released its proposed Fiscal Year 2017 NASA budget on February 9, which of course immediately drew condemnation from Rep. Lamar Smith (R-TX), the driver of the clown car that is the House Committee on Science, Space & Technology.

President Obama took office in January 2009 left with a government space program on a collision course with reality.

The Constellation program was years behind schedule and billions over budget. Constellation's Ares I booster was to launch the Orion capsule to low Earth orbit to service the International Space Station, but the earliest launch wasn't going to be until at least 2017. Constellation was to be funded by shutting down the ISS in Fiscal Year 2016, meaning Orion had nowhere to go. Congress had passed legislation in its 2005 and 2008 NASA authorization acts prohibiting any action to shut down ISS, but nonetheless NASA's budget plans called for the end of ISS in 2016 — just five years after its completion, and in abrogation of its agreements with international partners.

The Space Shuttle program was about to end. President George W. Bush on January 14, 2004 proposed its cancellation after the Columbia accident, and Congress agreed. The Shuttle was to be used only to complete ISS construction, and then retired. The Bush plan included a four-year hiatus from 2011 to 2015 before Orion would fly with people from Kennedy Space Center.

KSC's workforce, both civilian and contract, relied solely on one government program to keep everyone employed. The Space Coast economy was facing massive layoffs, similar to what happened after the end of the Apollo lunar spaceflight program in the 1970s. Asked at a January 28, 2004 Senate Science Committee what would happen to the lost Shuttle jobs, then-NASA Administrator Sean O'Keefe replied, “We'll have to work out those challenges at that time.”

But let's fast-forward to present day.

Popular Science published an interview with President Obama titled, “How to Win the Future.” One question in the article deals with NASA and the U.S. space program, which the Obama administration has opened to the private sector. Here is the question posed by Popular Science editor in chief Cliff Ransom, and the President's reply.

PS: You’ve also advocated the development of a private space industry to work alongside and complement government efforts. What is your vision for space exploration and commercialization? Who does what?

BO: I’ve laid out a vision for space exploration where our astronauts travel out into the solar system not just to visit, but to stay. To build a sustainable human presence in space, we’ll need a thriving private-sector space economy. I see the expanding space industry as an addition to, not a replacement for, the extraordinary work of NASA. With industry taking over tasks like ferrying cargo and crew to the International Space Station, NASA can focus even more intensely on the most challenging exploration missions, like landing astronauts on Mars or learning more about Earth and the rest of our solar system.

As we set our sights toward other planets, we can also create good jobs here on this one. American companies have begun to reclaim the lucrative market for launching commercial satellites. That’s just one example of the way that a growing space economy can help American workers succeed.