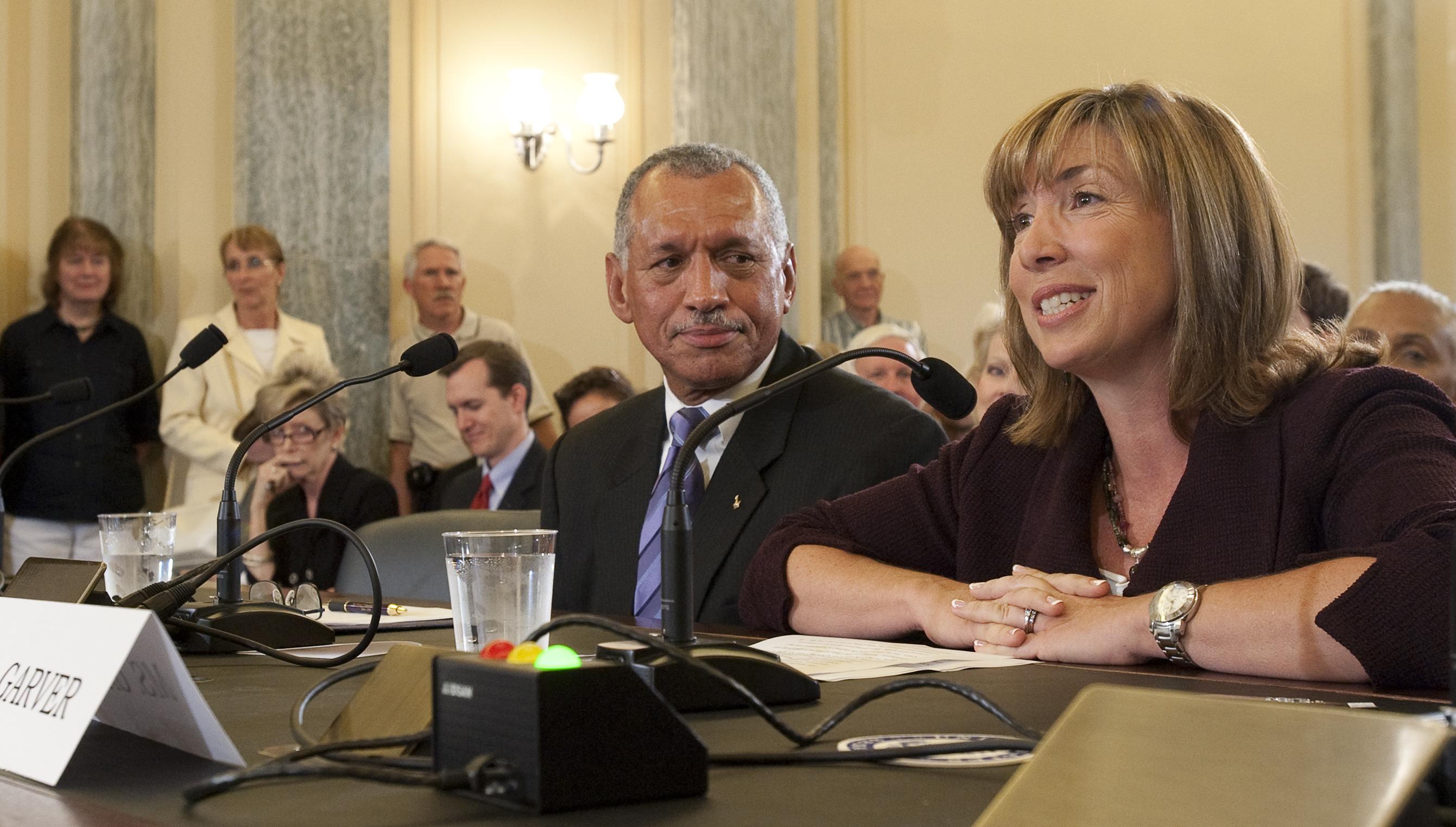 Former NASA Deputy Administrator Lori Garver published an opinion column in Space News today that finally pulls back the veil on the early days of the Obama administration when the botched Constellation program met its demise.

Garver's column, titled “Transition Fever,” at face value offers advice to the future teams working on the transition to the next presidential administration.

The meat of the article is the starkest revelation yet of how the Republican administration leading NASA in late 2008 and early 2009 all but refused to cooperate with the incoming team when it came to evaluating Constellation.

... [T]here are considerable unknowns as to whether NASA’s plans for these vehicles can be executed within schedule goals and what these efforts will ultimately cost. This is primarily because NASA is still in the process of defining many performance requirements. Such uncertainties could affect the mass, loads, and weight requirements for the vehicles. NASA is aiming to complete this process in 2008, but it will be challenged to do so given the level of knowledge that still needs to be attained.

Chaplain testified, “In fact, we do not know yet whether the architecture and design solutions selected by NASA will work as intended.”

In today's column, Garver writes that when the Obama team met with the Bush-era NASA executive leadership running Constellation, they were stonewalled.

The Ares launch vehicle team came up from Huntsville and brought a slickly produced video to describe their program. The Orion team from Houston was only slightly more informative. I had sought the counsel of Sally Ride, who led Bill Clinton’s NASA transition in 1992, and she mentioned that the Aerospace Corp. was working on an analysis of the Ares program and she helped arrange for us to get a briefing from them. After a 20-minutes introductory briefing on the Aerospace Corp., our briefers concluded without sharing any details from their Ares study. Our detailed questions were met with nervousness and little eye contact. We later learned that NASA leadership had heard about our planned meeting and preemptively told them not to share the Ares results with us.

Later in the article, Garver continues:

NASA programs that are on track, on budget and providing great value are very likely to continue to be supported. But as I said to Mike Griffin in late 2008, you are asking us to buy a car without looking under the hood. That posture in 2008 led us to initiate the Augustine Committee, which confirmed Constellation was unsustainable.

Garver doesn't mention that, while the Augustine review was under way, the GAO issued yet another critical audit in August 2009. The report began:

NASA is still struggling to develop a solid business case — including firm requirements, mature technologies, a knowledge-based acquisition strategy, a realistic cost estimate, and sufficient funding and time — needed to justify moving the Constellation program forward into the implementation phase.

The audit cited “a poorly phased funding plan that runs the risk of funding shortfalls in fiscal years 2009 through 2012, resulting in planned work not being completed to support schedules and milestones. This approach has limited NASA’s ability to mitigate technical risks early in development and precludes the orderly ramp up of work force and developmental activities.”

The report cited several design challenges with Orion and Ares I.

To this day, some politicians on Capitol Hill and others associated with Constellation still express outrage that the Obama administration did the right thing by cancelling this boondoggle program.

Members of Congress representing NASA space centers and “OldSpace” contractors replaced Constellation with Space Launch System, which as predicted by many observers is quickly turning into another boondoggle. The 2010 legislation imposing SLS on NASA required the agency to use Space Shuttle and Constellation contractors, and those programs' technologies where possible, to protect the OldSpace workforce. That's why SLS critics call it the Senate Launch System.

Before Garver joined the Obama election campaign in July 2008, she worked originally for Hillary Clinton's presidential bid. Garver currently is unattached to any candidate; she serves as general manager of the Air Line Pilots Association. Several observers, including me, think it's reasonable to assume that a 2017 Clinton White House might recruit Garver for a space-related post.

All of we space policy pundits will be watching to see if the next administration is willing to call out SLS for what it is, as did Garver and others eight years ago.