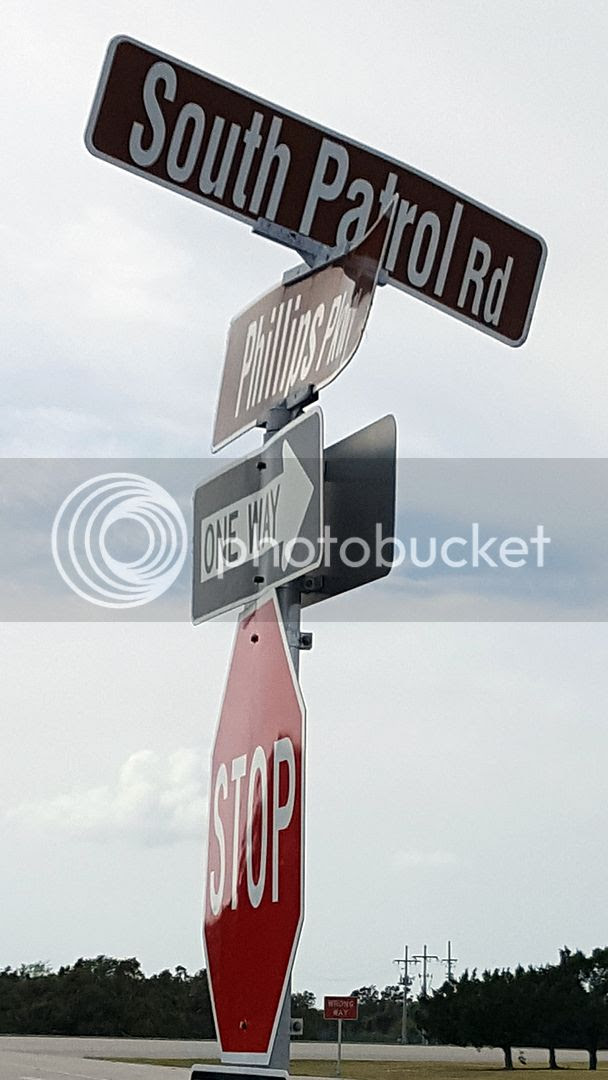 Click an image to see it at a larger size. All images credit SpaceKSC.com.

I didn't photograph any active sites, especially those with military programs, because the Air Force frowns on such things. 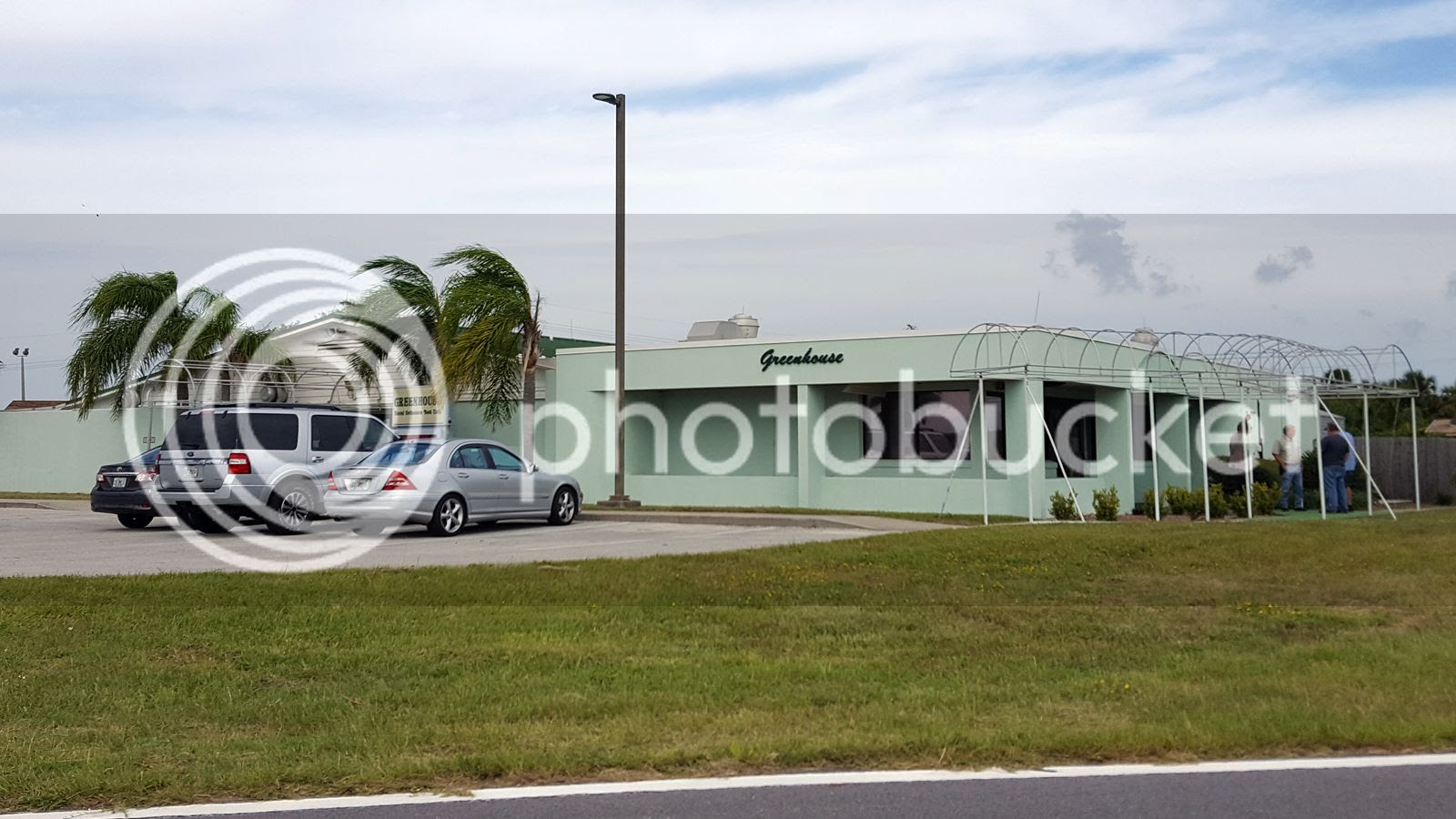 The Greenhouse is a diner and pool hall at the Naval Ordnance Test Unit near Port Canaveral. Many CCAFS employees come here for lunch. The Greenhouse lost its awnings, but otherwise emerged unscathed.

Paint loss is common among the buildings, facilities and signs at CCAFS. Many look as if they were sandblasted.

The Air Force Space and Missile Museum for years has been moving its artifacts from its rocket garden indoors at Hangar C for restoration. The few artifacts that remain suffered varying degrees of damage, including paint loss. 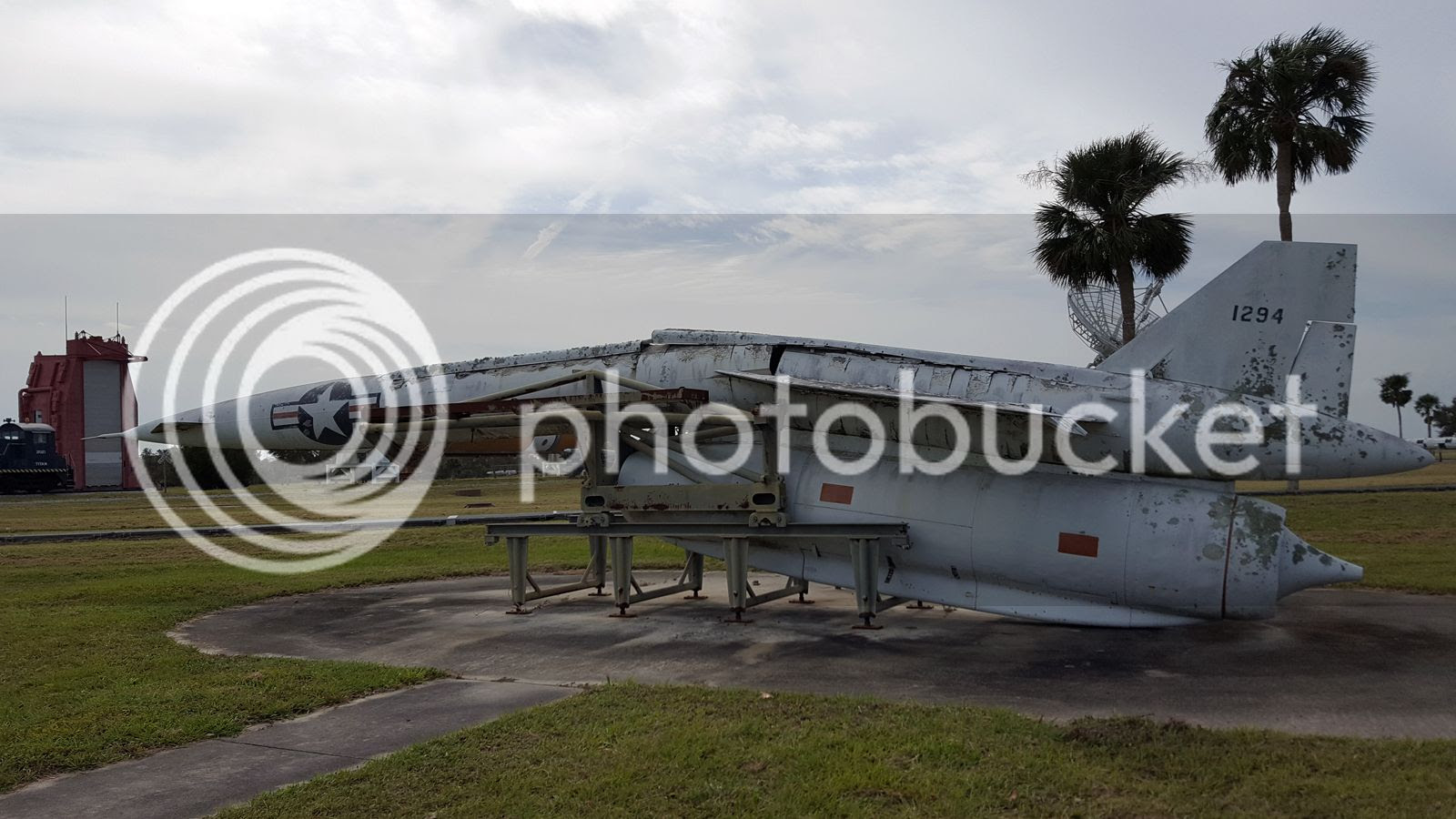 The Hound Dog was a air-to-ground guided missile. This artifact appears to have its back broken. 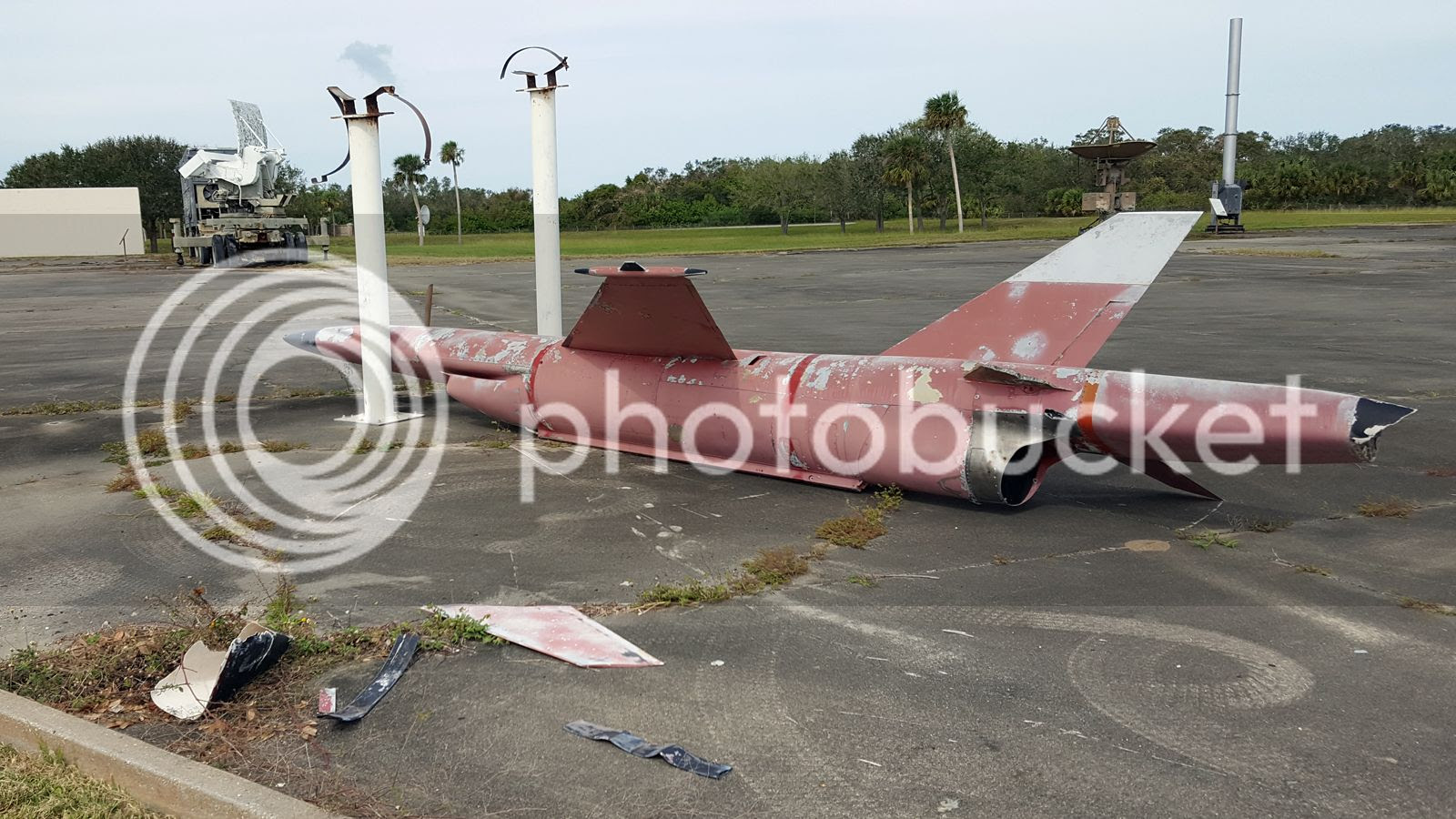 The Firebee II target drone was knocked off its pedestal and shed several pieces. The Little John surface-to-surface artillery rocket fell off its launcher and is now in two parts. 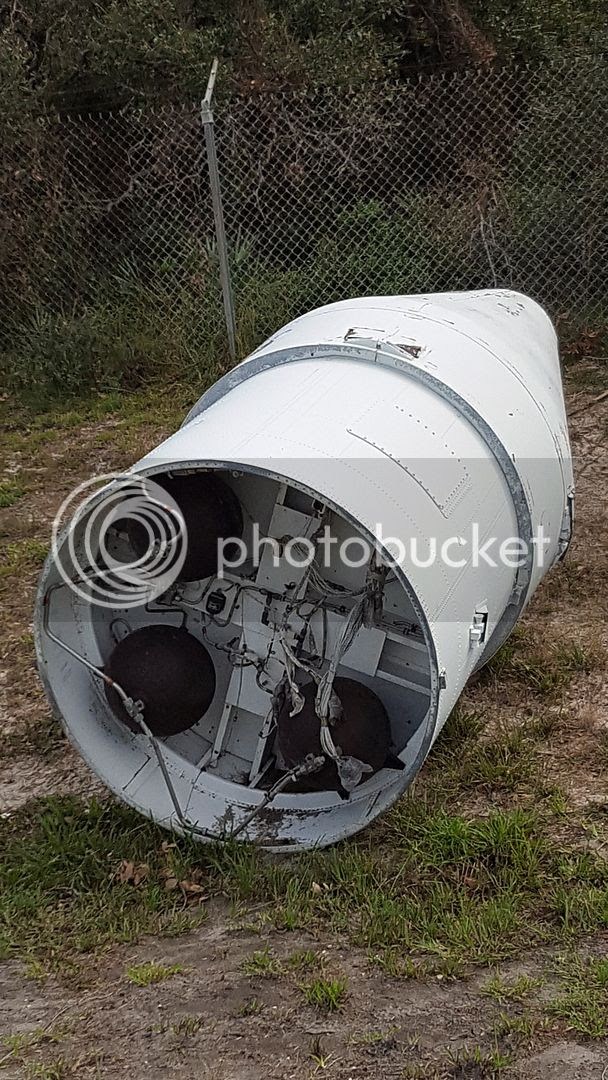 The Big Shot Shroud satellite casing was blown across the field against a chain link fence. The Gemini-Titan White Room seems none the worse for wear, other than a couple upper-level doors appear blown inward. 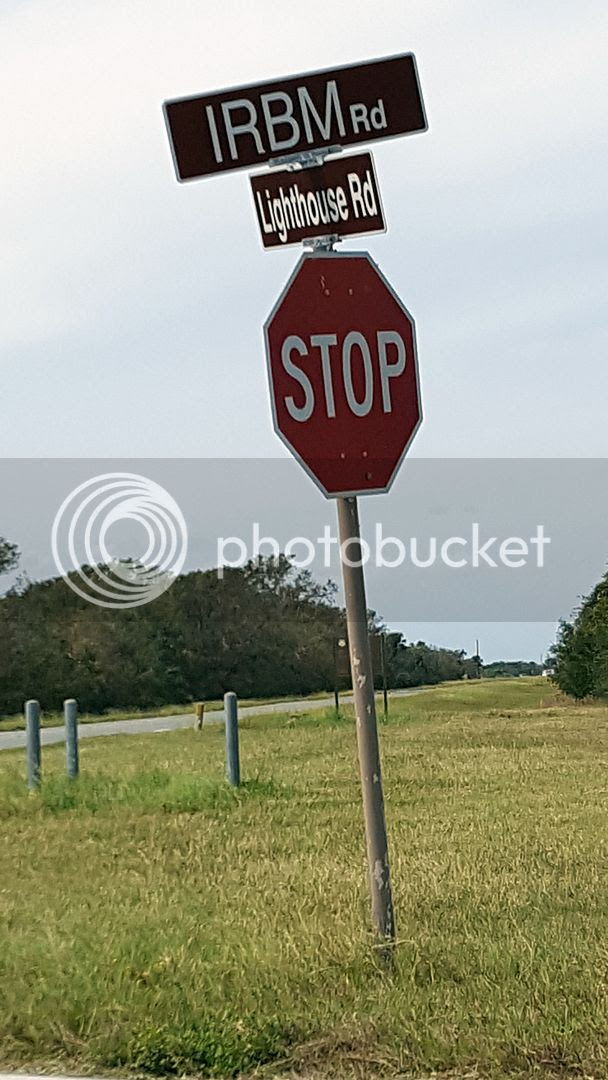 Like many traffic signs at the Cape, this one is at an angle. Some are lying on the ground or missing. 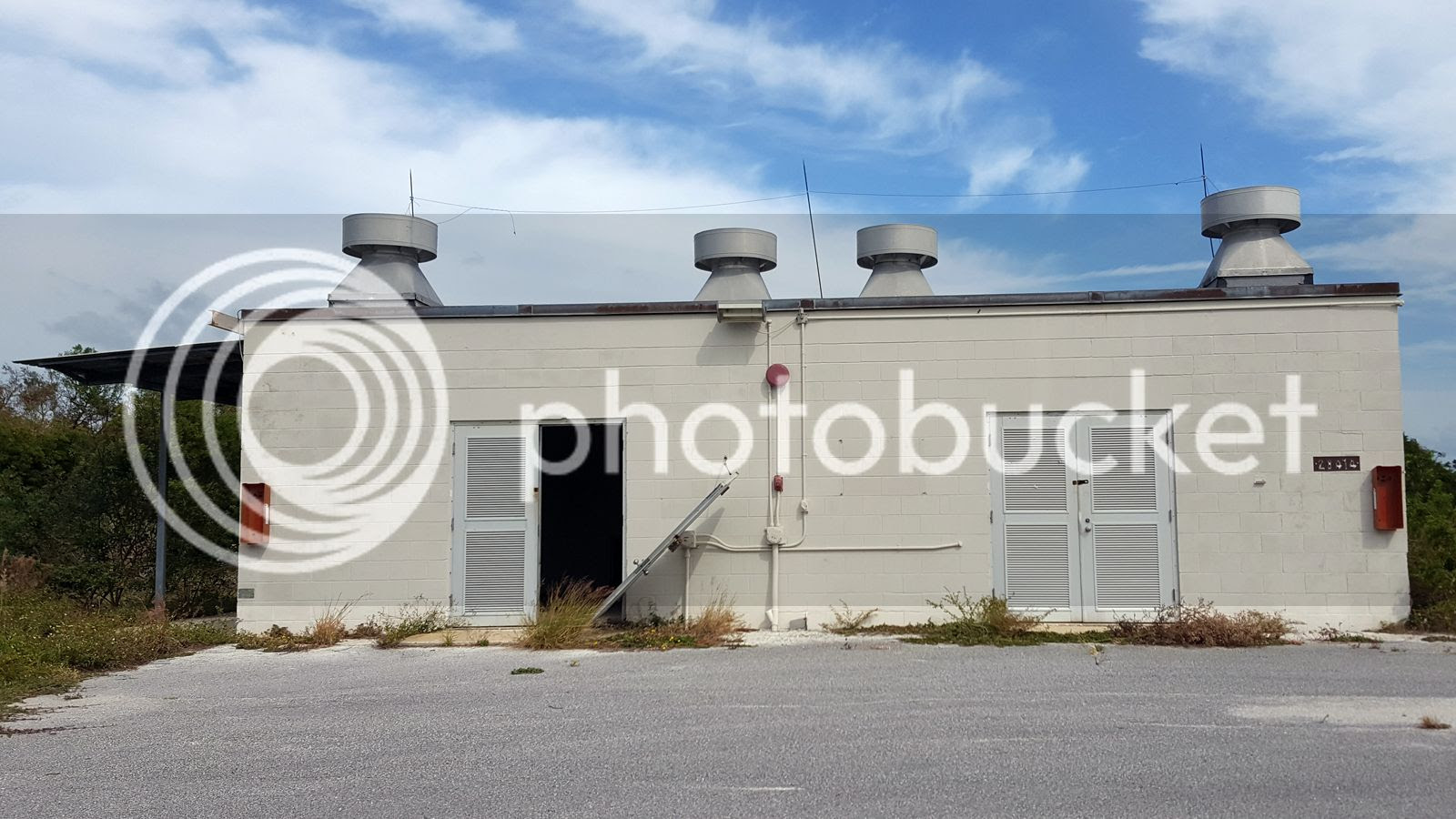 This utility building at Launch Complex 17 lost its door. 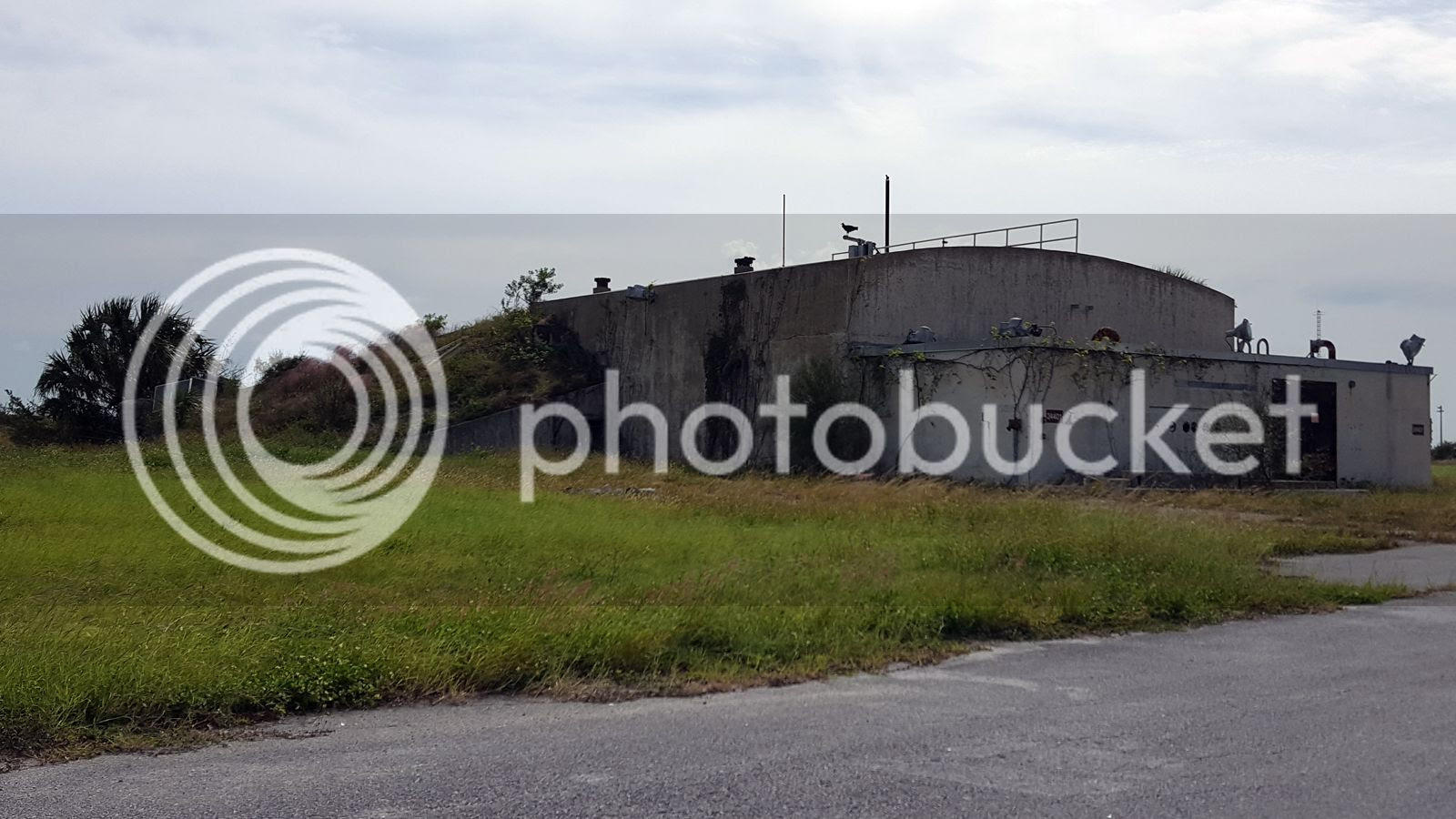 Launch Complex 18 was the site of the Vanguard program in the late 1950s. The blockhouse has been abandoned for decades, so there isn't much left to damage, but I did notice the air conditioning unit was blown off and is lying to the left in the image. 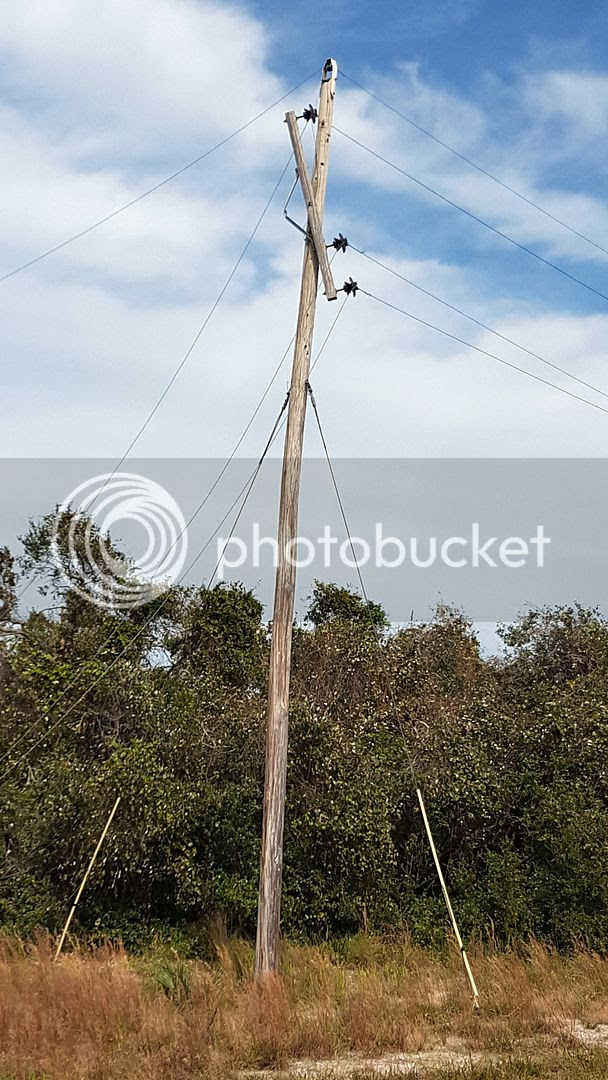 Like many poles around the Cape, this one is leaning too, with its lines on the ground. This one is on IRBM Road near Launch Complex 18. 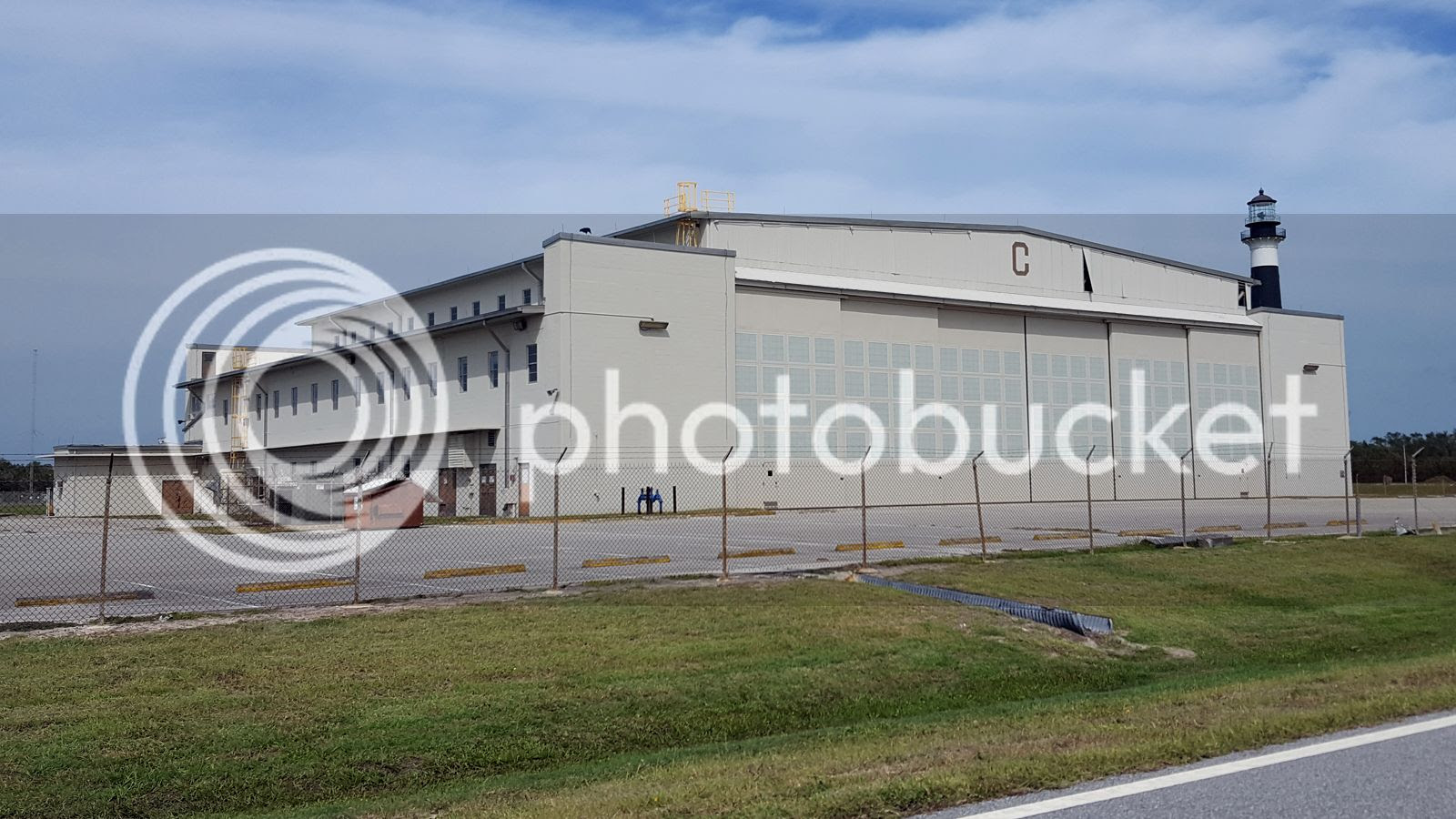 Historic Hangar C was the first hangar built at the Cape. It was used for rockets launching off the first pads on the tip of the Cape in the early 1950s. Some minor damage can be seen to the right of the “C” on the front, but I didn't see any other damage.

Across from Hangar C is Launch Complex 21/22, used for launching cruise missiles from inside a building. This sandbag revetment served as an interim launch control in the late 1950s. The panels were abandoned in place. They were rotting anyway, but now the doors are hanging open. This blockhouse, built for the Snark program, is across from Pads 1-2 on the tip of the Cape. The wooden staircase has collapsed, and some paneling has fallen from the observation tower. 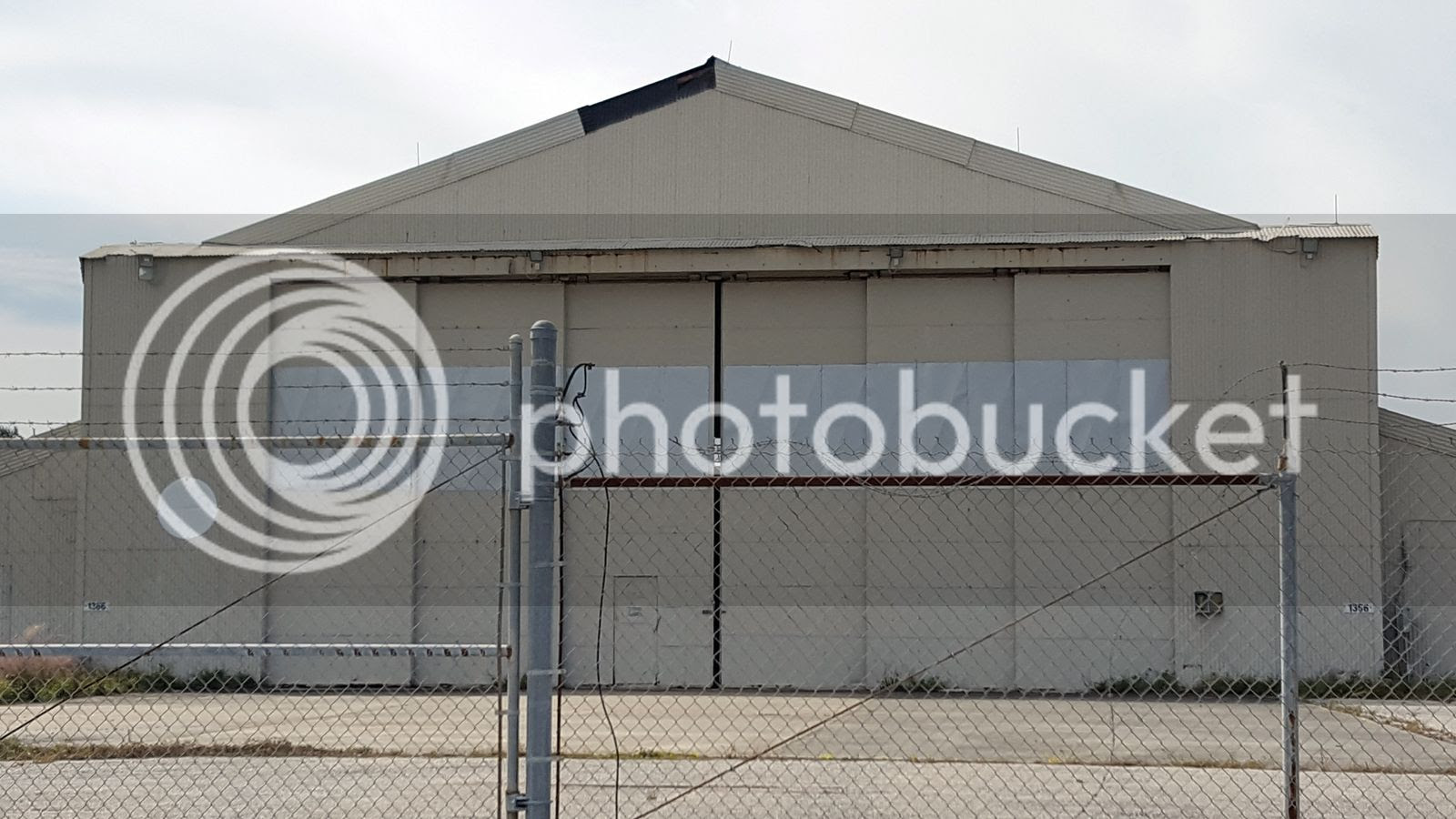 Hangar O, the second hangar built at the Cape, is around the corner from Hangar C. It suffered minor cosmetic damage near the roof. 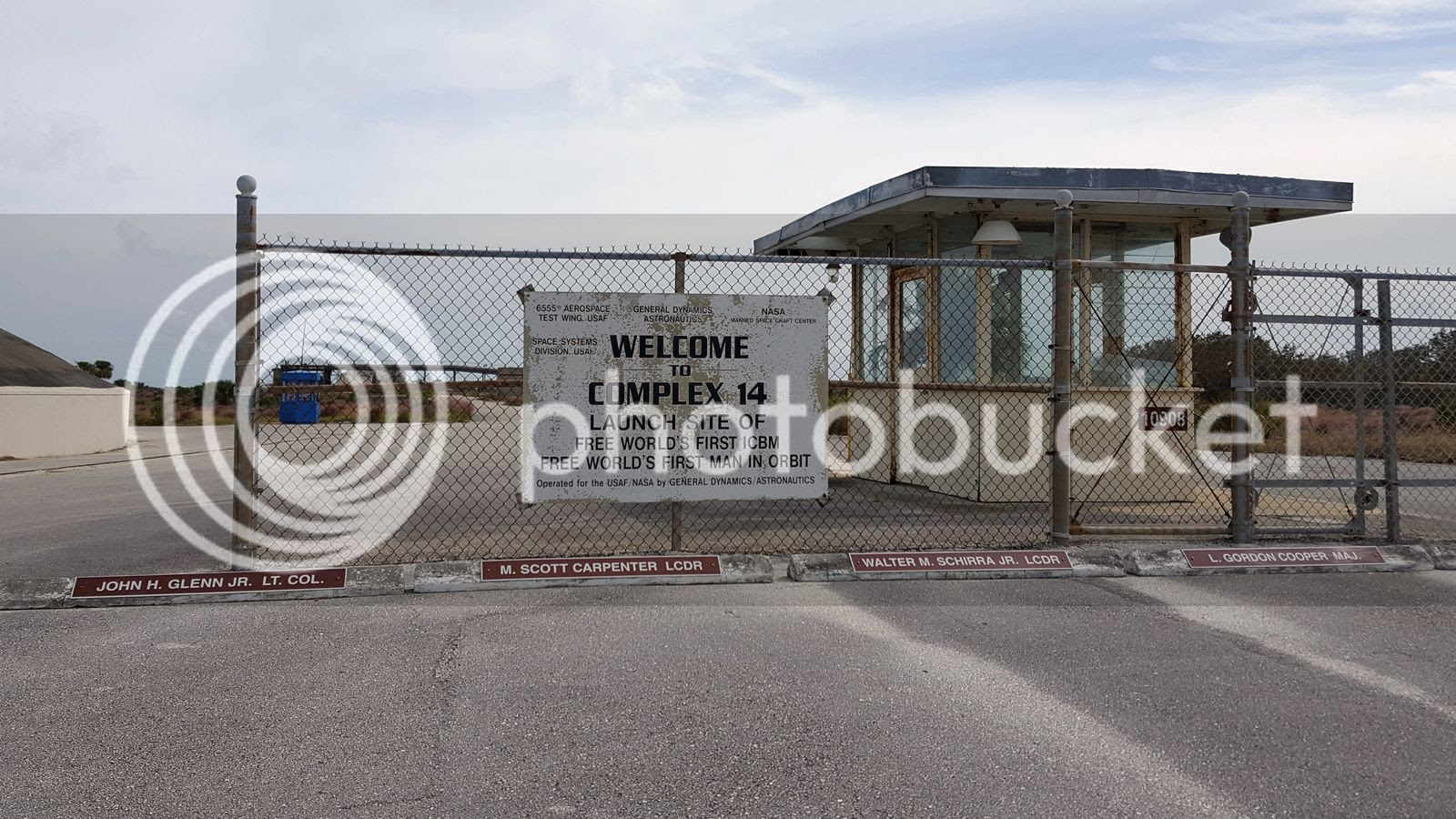 This entrance sign at Launch Complex 14 was sandblasted by the 100+ mile per hour winds, but the rest of the historic blockhouse seems all right except for some paint loss.