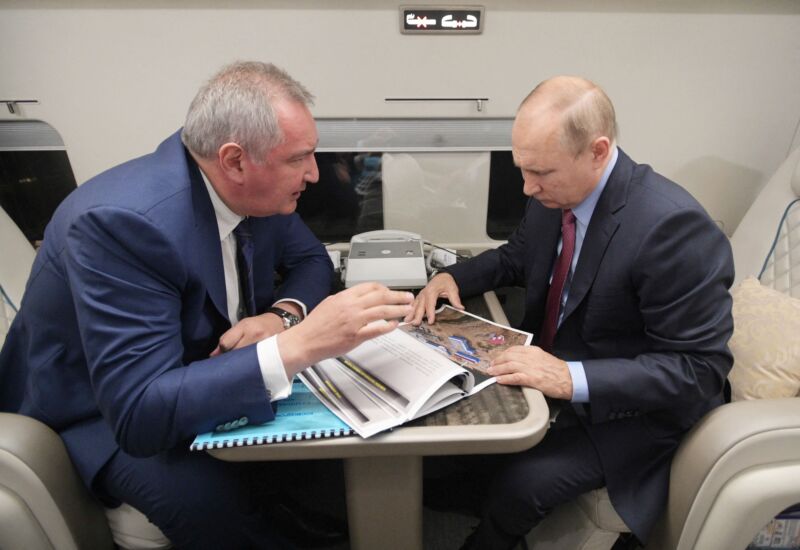 Back when I was studying foreign relations in university in the late 1970s, mutually assured destruction (MAD) was considered common sense defense policy. The idea was that, if an enemy attacked you with a nuclear weapon, you responded in kind. If one side didn't back down, the war would continue to escalate until both sides — and, presumably, the entire population of Planet Earth — were rendered extinct.

One wonders why the United States and Soviet Union didn't just point the missiles straight up to come back down and commit mutual suicide. It would be more effective.

It was all very well to threaten mutual suicide for purposes of deterrence, particularly in case of a direct threat to national survival. But no President could make such a threat credible except by conducting a diplomacy that suggested a high irrationality ... And if deterrence failed and the President was finally faced with the decision to retaliate, who would take the moral responsibility for recommending a strategy based on the mass extermination of civilians?

Nixon and Kissinger adopted a policy of détente, meaning a negotiation of stability and even parity between the two nations.

Decades later, the Soviet Union is no more, replaced by the Russian Federation. Several of the former Soviet states, such as Ukraine, are now independent nations.

MAD is now considered, well, mad. It's an obsolete defense tactic. As Dr. Kissinger wrote, a state leader would have to act highly irrational for MAD to have credibility.

The Russian Defense Ministry has confirmed that a missile strike destroyed a defunct Soviet-era reconnaissance satellite, identified as Cosmos 1408. The satellite was probably built in the 1970s by Ukraine's Yuzhnoye Design Bureau and launched in 1982.

The test left a debris cloud that could orbit Earth for years and poses a threat to the International Space Station. The destruction caused NASA to awaken the ISS crewmembers — including the Russians — and send them to their space capsule lifeboats. NASA astronaut Mark Vande Hei joined Russian cosmonauts Anton Shkaplerov and Pyotr Dubrov in their Soyuz capsule, while recently arrived Crew-3 members — three Americans and a German — took shelter in their SpaceX Dragon awaiting word to abandon ship.

It's unthinkable that Russia would endanger not only intl partner astronauts on the ISS but also their own cosmonauts. https://t.co/8VKJxon9mW

If anyone in the U.S. government, military or civilian, knows how Russia destroyed its spy satellite, they're not talking. Neither are the Russians. Russia Today called it a “missile test” but provided no details.

Anti-satellite (ASAT) tests have been conducted by the United States since 1959 and Russia since at least 1963. The Secure World Foundation tracks ASAT tests. According to an SWF spreadsheet last updated at the end of 2020:

The sheet currently lists more than 70 tests that have been conducted by four countries (the United States, Russia, China, and India) since 1959. The majority of the tests were conducted by the United States and Soviet Union during the first two decades of the Cold War, but there has been a recent resurgence with more than 20 tests conducted since 2005. In total, ASAT testing has created nearly 5,000 pieces of cataloged orbital debris, more than 3,200 of which are still on orbit. Many of the tests pushed orbital debris much higher than the altitude of the destroyed object, which contributed to the average lifespan of 25 years for the debris from each test to re-enter the atmosphere.

According to the spreadsheet, the last U.S. test was 2008. All debris from U.S. tests has re-entered the atmosphere and burned up.

China has conducted only one test that resulted in the destruction of a target. That 2007 event left about 3,500 pieces of debris in orbit, and less than 20% of them have re-entered the atmosphere. The ISS has performed several maneuvers over the years to avoid that debris, most recently on November 11.

But China has none of its people at risk on the ISS.

That's why Russia's test seems inexplicable to many observers.

According to The Washington Post, Administrator Nelson believes that his counterpart Dmitri Rogozin and Russian space agency Roscosmos officials were unaware in advance of the test or the potential consequences.

Rogozin posted a tweet in Russian today that didn't defend the incident. He wrote that he had spoken by phone with Nelson. “In short, in the Russian language, we are moving on, ensuring the safety of our crews on the ISS, making joint plans. I am waiting for Bill in Moscow, because, for obvious reasons, I cannot visit the United States.”

Rogozin is under U.S. sanctions due to Russia's invasion of the Crimean part of Ukraine in 2012.

Here is Nelson's version of that conversation:

Spoke with Roscosmos DG @Rogozin expressing dismay over the danger our astronauts and cosmonauts continue to face on the International Space Station.

It’s critical that we ensure the safety of our people and assets in space – now and into the future. https://t.co/yKMZhzOZDJ

It's an unsually quiet response by Rogozin, whose boisterous and belligerent rhetoric at times has threatened and belittled the American-Russian space partnership. In 2014, when NASA still relied on Russia for ISS crew rotations, Rogozin suggested that NASA use a trampoline. As recently as June, Rogozin threatened that Russia will leave the ISS partnership in 2025 if sanctions are not lifted.

I assume that Nelson's intelligence is accurate, that the Russian military didn't inform Rogozin or Roscosmos in advance. Certainly President Putin knew, and gave his blessing, if he himself didn't order it.

The apathy towards the danger posed to Russian cosmonauts suggests that someone in power — and that means Putin — wanted to send a message. The cosmonauts' lives were worth the potential sacrifice.

Just my speculation, but my guess is it might have something to do with a November 1 Politico article that featured orbital photos of Russian troops and equipment massing on the Ukraine border. The photos were taken by a commercial satellite owned by American company Maxar Technologies.

The Politico article was specifically mentioned in another Russia Today article, one posted today about Ukraine leaders telling the European Union to prepare for war with Russia. The RT article concluded:

US news site POLITICO drew fire earlier this month for reports that claimed Russian forces were stepping up their presence near the border with Ukraine. Satellite images published alongside the article claimed to show Russian hardware near the city of Yelnya, around 250 kilometers from Ukraine, and closer to neighboring Belarus.

Someone in the Kremlin clearly doesn't like Maxar taking pictures of their troop movements, much less Politico reporting about it.

What better way to send a message than shooting down a spy satellite?

Cosmos 1408 intercepted radio emissions, it didn't take pictures, but a spysat is a spysat.

Putin's message may be to stop publishing photos of his troop movements, or next time he'll take out one of ours — military or civilian.

A ground-based missile isn't the only way to disable a satellite.

Professor Wendy Whitman Cobb of the U.S. Air Force School of Advanced Air and Space Studies wrote for The Conversation web site today that the weapon used on Cosmos 1408 was probably a “direct ascent kinetic anti-satellite weapon. These are usually launched from the ground or from the wings of an airplane and destroy satellites by running into them at high speeds.”

A co-orbital anti-satellite weapon can be launched into orbit, then change course to collide with its target.

A non-kinetic anti-satellite weapon, such as a laser, can disrupt a satellite without a collision.

The U.S. Air Force robotic orbiter X-37B in May 2020 tested an on-orbit power-beaming system that could be used to direct high-powered microwaves and other direct energy beams at an enemy target in space.

In July 2019, former U.S. Air Force Secretary Heather Wilson revealed that the X-37B had the ability to change its orbit, possibly by dipping into the upper atmosphere to create drag, to confound an enemy trying to track and even target it.

To my knowledge, the Russians have demonstrated no comparable technology to the X-37B.

So what does Putin gain by destroying a defunct satellite and endangering cosmonauts?

Dr. Kissinger wrote that, for MAD to work, a leader has to appear highly irrational.

Putin is many things, but irrational isn't one of them.

But he is cold and calculating.

Several of Putin's critics have died or been badly injured in assassination attempts.

Nixon and Kissinger believed that the way out of MAD was to establish parity between the United States and the Soviet Union. Each side would have roughly the same capped capabilities to destroy the other. But the capabilities would be capped, no longer beyond the ability of the Soviet economy to afford.

“We would prefer that the United States should sit down at the negotiating table at last, instead of making groundless accusations, and discuss its concerns with regard to the treaty, which Russia and China are proposing to prevent this arms race and which the US cannot accept. It would be very interesting for us to hear a specific and reasoned position and not pretexts. We are ready for that,” Russia’s top diplomat said.

What better way to bring the U.S. to the table than a demonstration of a potential weapon of terror?

In October, Ars Technica journalist Eric Berger reported that Russia will cut the Roscosmos budget about 16% annually over the next three years, and that Putin is unhappy with the agency's performance.

Roscosmos is a nominally civilian agency, but still it's a sign that international sanctions are working. Russia doesn't have the money or the knowledge base to compete with the X-37B and other Western technologies.

So that's what Putin wants. A return to parity. A balance of terror that he can afford.

The international crew of the space station are no more than pawns in his geopolitical chess game.

UPDATE November 17, 2021 — The pro-Kremlin nationalist web site Pravda.ru published an article today claiming that a new Russian anti-missile system can shoot down the American X-37B robotic orbiter. It cites a Chinese website call Sohu as the source. This appears to be the source article, using Google Translate to translate into English. The article is dated November 14, the day before the Russian ASAT test.

Eric Berger of Ars Technica published a story today reporting that “some of the largest pieces of debris have already reached altitudes from as high as 1,100 km and as low as 300 km above the Earth.” The ISS typically is around 400 km.

Posted by SpaceKSC.com at 8:34 PM No comments: